Graves’ Disease is an autoimmune condition in which immune cells attack the thyroid gland, which in turn responds by secreting an excess amount of thyroid hormone.

As a result, the thyroid gland enlarges and excess hormones change metabolism and affect the function of the heart, brain and other organs. The hyperthyroid state is characterized by fast pulse/heartbeat, palpitations, increased sweating, high blood pressure, irritability, fatigue, weight loss, heat intolerance, and loss of hair and alterations in hair quality. At times, people in the hyperthyroid state can be diagnosed with a psychiatric disorder, such as bipolar or manic disorder, while in fact they have a side effect of hyperthyroidism.

The eyes are particularly vulnerable to thyroid disease, because the immune system that attacks the thyroid gland often also targets the eye muscles and connective tissue within the eye socket (orbit). The skin is also affected, but to a lesser degree in most patients. The immunologic attack on the tissues of the orbit results in scarring of the orbital tissues, enlargement of the eye muscles, and expansion of the fat compartment that is present to protect the eye. This is variously referred to as Thyroid Eye disease (TED), Thyroid Orbitopathy or Graves Orbitopathy. The exact trigger for thyroid eye disease is not known, but the orbital tissues likely share some antigenic features with the thyroid gland. In addition, the orbital tissues contain receptors and enzymes that respond to changes in thyroid hormone levels. Eye symptoms can range from mild to severe, but only 10-20% of patients have vision-threatening disease.

Thyroid eye disease can also be present when the level of thyroid hormone in the blood is normal or low, depending on the degree of glandular stimulation caused by the immune attack and by the amount of thyroid gland destruction present at the time of diagnosis. However, most patients with eye symptoms have abnormal hormone levels that are accompanied by specific antibodies in the bloodstream. The components of the disease affecting the thyroid gland versus the eyes have common causes, but evolve separately and must each be treated separately.

View Before / After Gallery

These symptoms may not necessarily mean that a person has thyroid eye disease. However, if you experience these symptoms, contact your eye doctor for a complete examination to evaluate for this common eye condition. 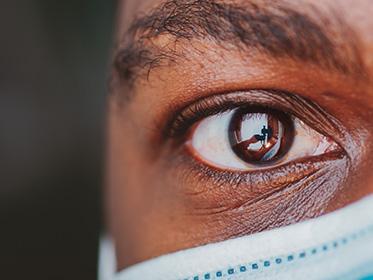 The talented team at EyelidPros are board-certified and experts in treating Thyroid Eye Disease. Dr. Alon Kahana and our staff operate out of multiple locations throughout Southeast Michigan, ready to assist you in recovering from Graves' Disease.

Have a question or comment for the team? Leave a note and our staff will respond as soon as possible.

This is a non-secure form. Do not include sensitive information.

If you are ready to schedule a consultation, contact one of our Michigan locations and a staff member will reply shortly.